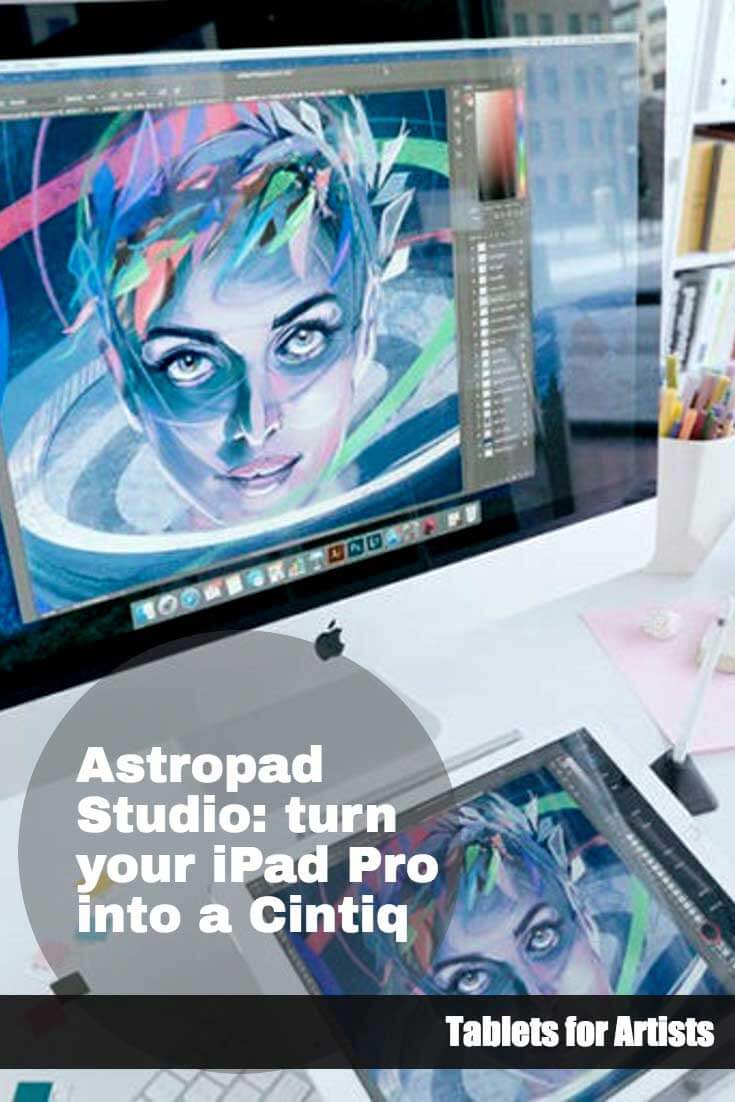 Astropad Studio for iPad Pro and Mac. Photo by Astropad

Studio has “Liquid Extreme,” which offers a much faster bitrate of 60 frames per second, so less lag. It bas better image quality. Together with GPU acceleration and velocity control, there’s excellent image quality and responsiveness. You can customize program shortcuts in the supported programs, as well as customizing Magic Gestures, which are Pencil/finger combos. If you don’t want to customize, you can use the built-in ones, such as calling up the eraser tool with your finger and the control ring.

One nice thing is that you can use the iPad Pro’s USB to connect it to the Mac, instead of Wi-fi, if you’re having Wi-fi issues like I have been lately and can’t get them on the same network. 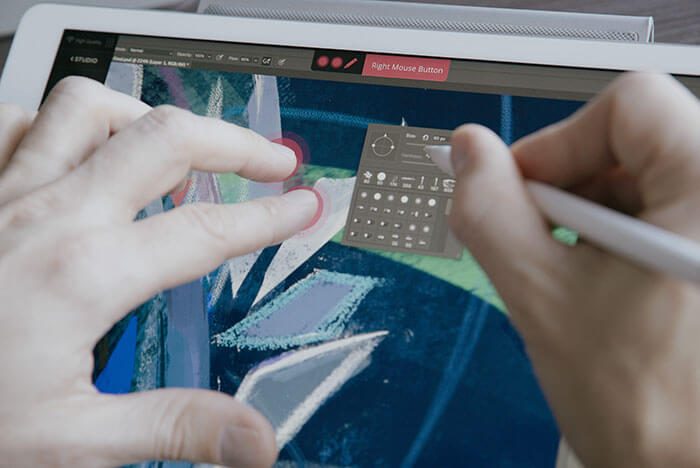 Once that’s done, you’ll see the controls have three program names–Photoshop, Illustrator, and Clip Studio Paint. These are all popular desktop programs and have a somewhat complex workflow. You can still use Procreate, Sketchbook and any apps or desktop programs you want. 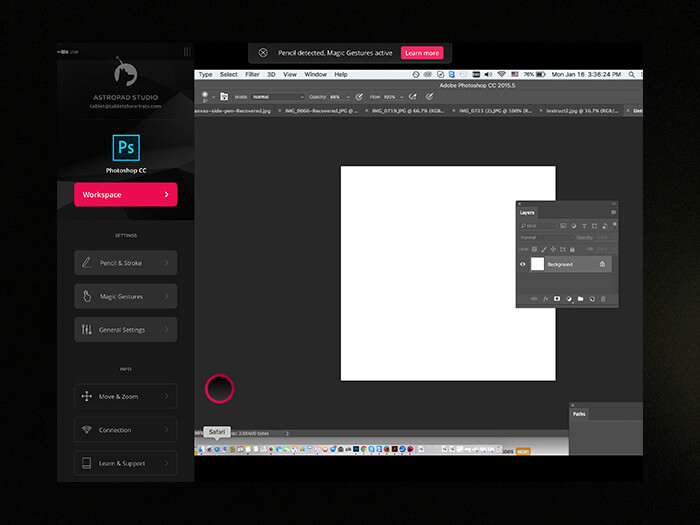 The app allows you to customize shortcuts in these programs, which can save a lot of time.

The new improved Liquid Engine is far faster than the old one and I experienced no lag. Lag was an issue for some with Astropad Standard (which is still around).

Astropad Studio is also made to work with any keyboard, so you can use keyboard shortcuts, with one hand on the keyboard and other other on your Pencil.

Magic Gestures are fully customizable and involve that ring, your finger, and the Apple Pencil. Here I’m conjuring the Eraser Tool. 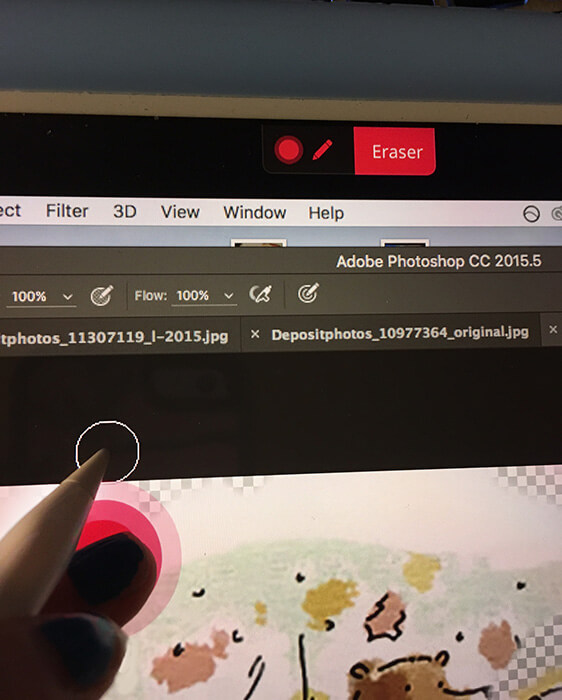 Using a Magic Gesture while taking a photo of using it (awkward!)

You can move the ring around, press on or hold. Pressing and holding it only brought up the choice of full screen or 100%. But there are ways of setting the amount of screen to use. You can also move and zoom.

You might zoom in on the iPad Pro to work, then zoom out to see the result. I’m not crazy about two screens, and frankly I prefer to just draw on one. But when doing art with a lot of detail, it really helps to see it on a big screen. Seeing art on a big screen not only lets you see any errors you might have made when drawing, and focus on parts individually.

What kind of monthly updates can we expect? According to Astropad, in the works are functions such as a personalized pressure curve. Not sure we can expect such dramatic moves every month, but that’s OK. In a way I like to know what to expect from an app–but this is ready to deliver a lot even if we don’t know exactly what’s in store. (Let’s just hope they don’t keep redoing parts of the UI, a habit that gets to me with Adobe stuff.)

If you’d rather just draw on the iPad Pro alone, Astropad isn’t necessary. But if you want to see your work on a bigger screen, it does get closer to a Cintiq or other graphics tablet. Some might find it doesn’t completely replace a Cintiq, because a Cintiq has that toothy texture, and lets you customize more programs. But the release of Astropad Studio certainly brings a high level of professionalism to the Astropad workflow.

Is it worth the extra cost to invest in Astropad Studio over Astropad Standard? The yearly fee right now is about $65, or you can pay monthly and pay a bit more. You get a monthly update with the subscription. I dislike the idea of subscription-based software, but it’s the world we live in. The monthly update assures you’ll be getting the latest features as soon as they come out.

Is Astropad Studio worth the upgrade?

I found Astropad Studio works as advertised. If you’re a frequent use of Astropad with Photoshop, Illustrator, or Clip Studio Paint, I think Studio is worth the extra investment. If you’re using other programs, you might be okay with Standard, which also allows you to use the iPad Pro. I suggest you download the free trial of Studio, or both, and decide.