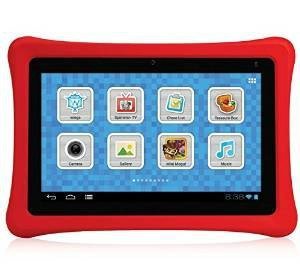 See the nabi 2S  and other nabi reviews on Amazon

The nabi 2S is Southern California-based Fuhu’s newer version of the nabi 2. It now has twice as much memory (16 GB instead of 8), a better display (1280 x 800 pixels vs 1024 x 600), upgraded Wi-fi and Bluetooth networking capabilities, a more durable charger, and a longer-lasting battery. It’s a big improvement over an already popular kids’ tablet.

The display on the nabi 2S is much sharper than on the nabi 2. Images look crisp. On the downside, it doesn’t have a mini HDMI port, and the 2 did. However, the 2S works well with Google Chromecast.

Because of its speed, content, and parental controls, the nabi 2S is one of the top tablets for kids in its class. Many nabi reviews have praised this model.

The bumper on the nabi 2S, like the 2, is made of non-toxic, food-grade silicone. The bumpers are removable and come in many colors, including glow-in-the-dark.

The bumper protects very well even after many, many drops.

ince it isn’t fused to the nabi (allowing you to take it off and change it to the various colors of bumper that nabi sells) it does not protect the nabi from liquid spills.

The nabi sports two modes, nabi mode, which is kid-safe, and Parent Mode, which is a standard Android mode. These modes are already set up and ready to go as soon as you turn on the tablet for the first time. Parents can allow or block apps, create customized channels for kids, set automatic time limits for tablet use, create a Chore list and dole out nabi “Coins” for completing them, set rules for individual apps, and create ways for children to earn extra tablet time.

You can make multiple profiles for more than one child.

The kids’ apps include kid-safe sharing and messaging app called nabi Konnect. Skype can be used only in Parent Mode. The nabi Coins are for sale in the nabi store and can be used to buy kid-friendly content from the nabi Treasure Chest.

The proprietary Wings Learning System features reading, writing, social studies, math, and an “iStorytime” app, for pre-K through third grade. It adapts to your child’s levels of proficiency.  It’s designed to build skills and confidence, and ties in with Common Core. The Wings N-sight feature delivers reports on how well your child is doing and recommends areas to improve. It’s accessible in the dashboard. There’s also content from educational providers such as MeeGenius.

The apps provide a personalized, adaptive way of learning,  meaning the content adjusts to the child’s proficiency level. The system includes videos made by classroom teachers. Wings can supplement school learning. Wings Challenge, a gamified way of delivering educational content, has over 16,000 lessons and 300,000 questions. Fuhu says the system supplements school learning and helps a child’s achievement and confidence.

Kids can play HD games on the nabi and listen to music. The sound is high-quality.

Besides the preloaded content, and you can also install lots of apps, many free, from the Google Play Store, the Amazon Appstore, and 1Mobile Market. For those unfamiliar with 1Mobile Market, it’s an app store that has editors who sift through the millions of apps Google Play and curate them, sorting them into categories and displaying them in a user-friendly menu, making it easy for you to find quality apps.

To get the preloaded content, you use Tap to Download (TTD). The preloaded content is not removeable, and takes up about half the available 16 GB of storage if you download all of it–you’re not forced to download every single one, so you can be choosy if you want to save space. But you might want all the nabi apps since they are of high quality and are a lot of what you’re paying for. Any third-party apps you install are removable.

Using a micro SD card isn’t any help with storing apps, because like all Android devices, you cannot store apps on the card, but you can store media and other files on it. The nabi’s micro SD card slot holds up to a 32GB card. The tablet doesn’t come with a card.

Tip: If your child shoots a lot of photos and video, that can fill up the internal storage. This data can be stored on a micro SD card instead of in the tablet.

The back has the Nabi Grid, which is rows of squares with slots. These protruding squares have multiple uses. One is that the slots hold Nabi “Kinabi” alphabet letterpack bundle so kids can spell their names or messages and stick them on the back.

Another use of the nabi Grid is to fasten optional accessories such as car mounts, stroller mounts, stands, and additional cameras. The 2S itself only comes with a front-facing camera, but you can add a Bluetooth camera or other cameras. The nabi Square HD Camera does a lot and is of high quality. (Update: it’s no longer being made by the company, but is still available.)

You can draw on the screen with fingers or use a capacitive stylus. There are plenty of art apps, both free and paid. There is no pressure sensitivity.

Case is protective from drops and scratches; very durable
Excellent parental controls
Access to all Android markets
good sound quality (though some feel it could be louder–but do you want your kids to have that much volume?)

No HDMI (though the nabi 2S works well with Chromecast)
Volume could be higher
Cannot run Flash on KitKat–though some people manage to via the Dolphin browser and some additional hacks. Google Chromecast works well on the nabi 2S. But that’s just a fact about Android, it doesn’t affect this nabi 2S review.
Screen not fingerprint-proof
Bumper not fused on, so is detachable but not spill-proof.
Menus can be complicated
Tablet is pretty chunky at over an inch thick (to compare, the new iPads are 1/3″ thick. However, there is some kid appeal to chunkiness).
A bit heavy

Most users were very happy with the nabi and so were their kids. Some users who wrote a less than glowing nabi 2S review had issues with charging or glitching, but nabi customer service promptly helped them with replacements or fixes. For freezing/glitching, nabi suggests a hard reset, and provides a video.

Excellent; very responsive. They respond publicly to every grumbling nabi 2S review on Amazon, and when we asked them questions they answered quickly and thoroughly. Hopefully you won’t have to return your nabi, but it’s good to know the company is so accessible and helpful. There is also an active group of “nabi moms” on Facebook who provide info and help.

The nabi 2 charger will not fit the nabi 2S.  The 2S, nabi Jr. nabi Jr.S, DreamTab, and nabi XD all use the same charger. Only the nabi 2 and the nabi BigTab have unique chargers. Still, you can only use nabi chargers, not third-party ones.

The nabi 2 and nabi 2S are the same size, so bumpers for one will fit the other.

The 2S has been highly praised by parents and kids with the biggest complaints being glitching, but nabi customer service quickly comes to the rescue. For the price, the nabi is a tablet that both kids and parents will like. The content is engaging and educational; the tablet is fast. The parental controls are excellent. Even adults enjoy the nabi 2S, and can get some work or play done themselves on the nabi, including email, Facebook, and Netflix.

The nabi 2S is fast, educational, and versatile. With its combination of learning and fun, it’s like having your cake and eating your vegetables too. See more reviews on Amazon. 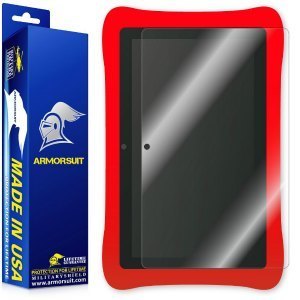 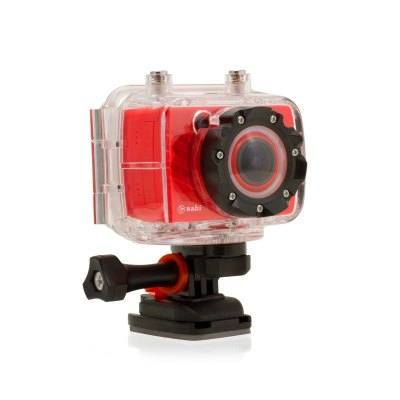 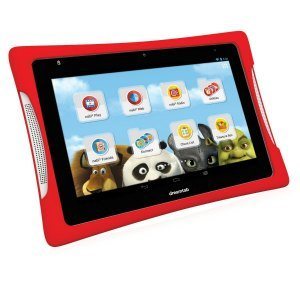 nabi DreamTab HD8 Tablet has a slightly bigger screen than the 2S and has a both front and rear-facing camera. It’s called DreamTab because it has preinstalled content from Dreamworks.

The DreamTab also has a pressure-sensitive, Wacom pen for your budding artist. Further, your child can create and edit animation and movies. The price point and weight are both quite a bit higher, though. Review to come.

Want a rully BIG nabi? Check out the nabi BigTab. 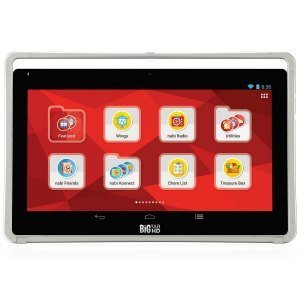 Also see our post about cheap tablets for kids.