For newbies: vector vs. raster files

If you’re new to digital art, you may have heard these terms, but perhaps you don’t quite understand, or know which to use when. Here’s a rundown of the differences between these two image types.

Raster images, also called bitmap images or raster graphics, are made up of pixels. Most freehand drawing programs utilize raster, though some use vector too. Photographs, once scanned and digitized, or coming from a digital camera, are raster. 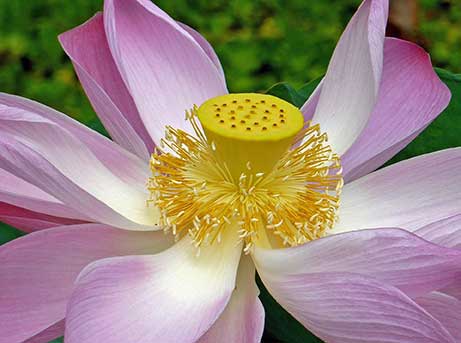 Pixels are tiny squares expressed in points per inch, also called dots per inch (ppi or dpi). Each pixel can be edited. Using Photoshop or another image editor, you can zoom in and see an individual pixel.

To understand pixels, think of a Chuck Close portrait, made of tiny little squares whose edges are invisible unless seen very close up. To see pixels, you need to zoom way in.

Early computer games were made with pixel art, which has a pleasing, toylike look whose popularity has resurfaced in films like Wreck-it Ralph.

Online images are usually 72ppi (often called dpi–though the terms are used interchangeably, there is some difference in meaning, but people know this and will understand). Print images usually use 300ppi. A very high-res image might be 600ppi.

Raster images cannot be enlarged without losing some information, resulting in fuzzy, “pixelated” images. Large, high-res images can slow down your computer, especially when you use a lot of layers in your drawing program. Despite the inconveniences, drawing freehand using raster graphics feels more similar to drawing on paper than drawing in vector does.

Raster image file types (this is not all of them but the main ones):
jpg (jpeg), gif, png, psd, tiff

Photographs and digital drawings and paintings are usually raster. Most art online is raster to begin with, or vector art that was rasterized, because browsers don’t display vector files. Scanners output images into raster. The majority of freehand digital illustration is done in raster. 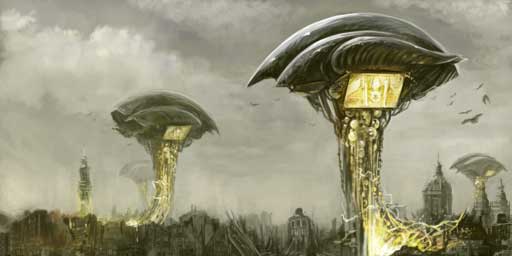 Pros: Feels and looks like freehand drawing, can edit pixels, not much learning curve to start, most people can open files to view

Vector images are not made of dots. They are made of paths. A computer uses math to create the image you’re drawing as a wireframe.

Vector images can be resized with no loss of information. They can be blown up very large and will look the same. Vector art tends to look smooth, simple and geometric. It can resemble cut paper. Some artists are able to do vector art so that it has as much detail as any other kind, and it doesn’t look simple at all.

When you make vector art, you manipulate points. Vector art lends itself to working with a pen or mouse. It can feel like working in collage, where you create shapes and move them around, combine, or subtract them. When shading, if you zoom in, you will be able to perceive that the gradations of color are actually distinct shapes.

Many art programs now let you use both vector and raster–for instance, if you’re in Photoshop and need to open an Illustrator file, you open it as a Smart Image. Manga Studio allows you to use both raster and vector.

Logos as examples of vector illustrations

What if you’re working with a client who doesn’t understand the difference?

Clients often do not understand the difference. It’s not our jobs as artists to explain it to them, it’s our job understand what they want. I once had a client ask me to do a job requiring detailed images delivered “in vector.” This job involved a lot of freehand drawing, which I do much better at in raster. At first I considered converting my raster images to vector, which would not have worked well.

But then I realized maybe they only meant they wanted art that could be resized easily, and they knew vector art did this. So I asked them if high-res Photoshop (TIFF or JPG) files were OK, and they said yes. Phew! Remember that clients don’t always know the terminology, so keep communication clear. 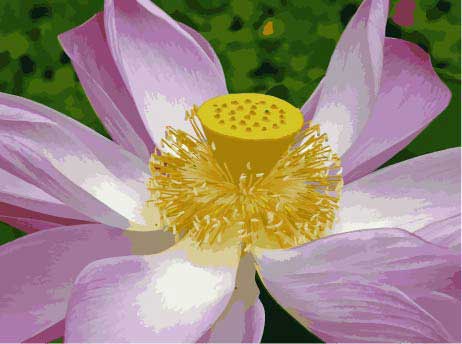 Image after being “Auto-Traced” and turned into vector

You can “auto-trace” raster images in vector programs such as Adobe Illustrator, meaning convert them to vector, but if you keep all the colors you will end up with a very large file too complex for some uses. If you don’t use all the colors, you will see the edges between the colors with the naked eye. So when printing photos or detailed raster art, it’s better to leave it as raster. Going the opposite way, converting vector to raster, does not change the image much. 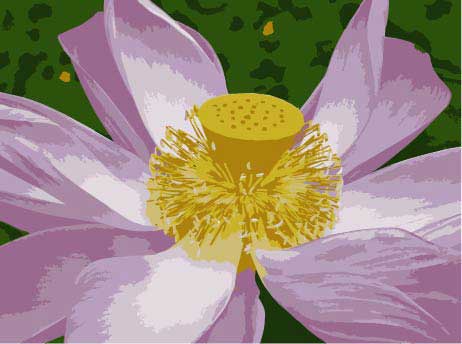 Most logos and text is created in raster. Fonts can be manipulated in vector. Graphic designers use vector extensively. Illustrators increasingly use vector for even detailed art, as the software becomes more sophisticated.

Pros: Enlargeable, prints well, is possible to do a beautiful illustration without great drawing skills (I do not meant that in a negative way), smaller file size. Can change line width and characteristics after drawing the line.

Cons: Challenging to get much detail, steep learning curve, not everyone can open them to view them. 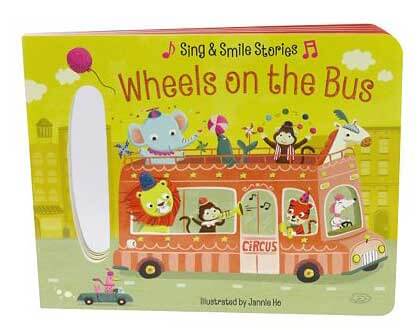 Vector illustration by artist Jannie Ho. She makes it look almost like raster.

You might say that using raster to “paint” and vector to “draw,” or design, unless you’re one of those artists who can make vector look like raster or like traditional media.

Vector and raster images are

Summary
Article Name
For newbies: vector vs. raster
Description
An introduction to vector and raster images, what they are used for in digital art and photography, software, pros and cons, and examples.
Author
Tablets for Artists
Publisher Name
Tablets for Artists

2 thoughts on “Vector vs. raster for noobs”