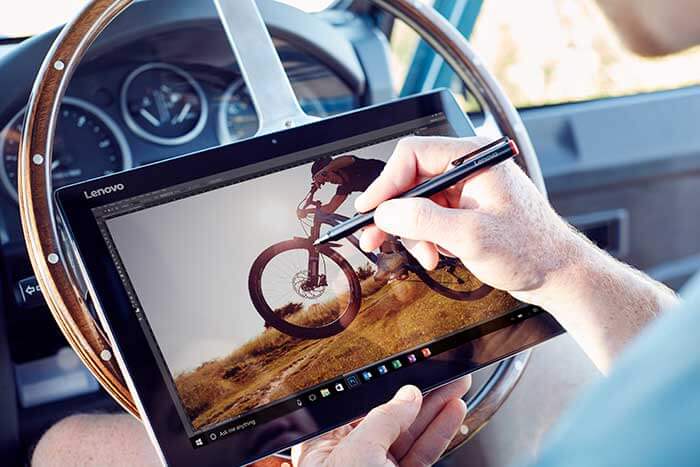 Create on the Lenovo Miix 510 in your private art studio

Active pens are becoming pretty much de rigueur these days, since the technology has become less expensive, and hey, it’s a nice option for everyone. This Fall 2016, Lenovo and Acer showcased several new art tablets at Berlin’s IFA tech show.

These have pens (sometimes included, sometimes not), pressure sensitivity, palm rejection, and draw-on screens. These offerings are all draw-on-screen with those features; the Lenovo Yoga Book is covered in this post and lets you draw on a non-screen tablet.

Acer unveiled its Spin line of 2-in-1s at the show. The spotlight is on the lightweight 14″ Spin 7 convertible notebook, but as the Spin 7 lacks drawing features such as support for an active pen, artists will be more interested in its siblings, the 13.3″ Spin 5 and the Spin 1, which comes in 11.6 and 13.3″ options.

The Spins, true to their name, will turn on a dual-torque, 360-degree hinge. They will have a blue light filter to ease eyestrain, and Color Intelligence, which maximizes color saturation.

The Spin 5 has up to a 7th-generation Intel processor,  a full HD IPS screen, up to 16GB DDR4 memory, and up to 512 SSD storage. Battery life will last up to 10 hours. It will have a textured, fabric-like finish to make it harder to drop.

Acer calls the Spin 1 ideal for “students or as a second computer,” meaning its performance will be less than speedy. Its two screen sizes are 13″ or 11.6″ HD IPS, and it will carry Intel Celeron or Pentium processors and antimicrobial Gorilla Glass to keep out those classroom germs.

The Spin 1 will also support the optional Acer Active Pen and Windows Ink, and will be very affordable, which is rare in a pressure-sensitive tablet. It could be a decent-sized portable digital sketchbook that won’t break the bank.

You can see the Acers on the Acer site.

Lenovo Miix 510 has up to 1TB storage 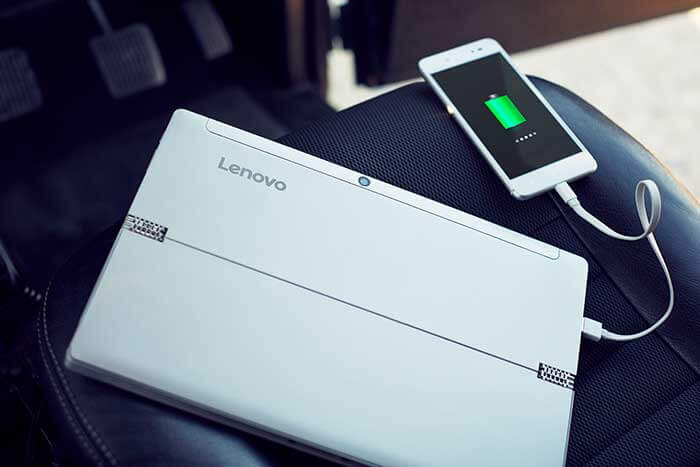 Plug your phone into the Miix.

Lenovo launched no less than four 2-in-1s at the show. The attention-getter is the Lenovo Yoga Book, but for those who want something where you can draw on the screen with pressure sensitivity, there’s the new Lenovo Miix detachable.

The company is offering a “backlit keyboard or pen with Windows Ink,” so prepare for confusion over specs. There may be an option to purchase a backlit keyboard if you get the model with the pen.

The Miix 510 weighs in at 880 grams (almost two lbs., without the keyboard) has a 12.2″ screen, up to 1TB SSD (now that’s good!) and optional LTE. It will have Core i7, 7.5 hours of battery life, a metallic finish, and a 16:10 aspect ratio, which we prefer over 16:9 because it’s less long and thin. The keyboard and pen will be included. Though they haven’t been specific, Lenovo uses Wacom AES in their other pressure-sensitive tablets.

As for their other 2-in-1s coming out, the new Yoga Book is an art tablet (more like a graphics tablet with separate screen), but the other newly announced devices do not seem to be. However, the company has been known for being unclear about these details from their initial information, so I will monitor the situation, so to speak.

These new art-tablet offerings ensure it’s going to be a bountiful Fall 2016. These babies will be out in September and October.