iPad Pro 2 in the pipeline

Time flies when you’re having fun!

As if I didn’t feel old enough already, the iPad Pro 2 is already in the rumor mill. Those in the know say it may be announced or even launched in Fall 2016–remember, the 9.7-inch iPad Pro just came out in March 2016. It’s more likely that said iPad Pro 2 will come out in the spring of 2017.

(This concept video was NOT made by Apple, but by someone just guessing that the new device will have stuff like up to 1TB memory and different colors of Apple Pencil. Nice thought. But we really don’t know.)

Likely, the iPad Pro 2 (if it follows Apple’s naming traditions, that’s what it would be called) will have the True Tone display that’s already in the 9.7″ version. True Tone is an adaptive display that adjusts white balance, making it easier to read text in different lighting as well as easier to see the screen in sunlight.

The iPad Pro 9.7″ has a wide color gamut with extreme color accuracy. The 12.9″  iPad Pro display is nearly as good, but not quite, and doesn’t now have, nor support, True Tone. (I still favor the larger size for drawing in spite of this, but am hoping the iPad Pro 2 will let us have our True Tone and eat it too). 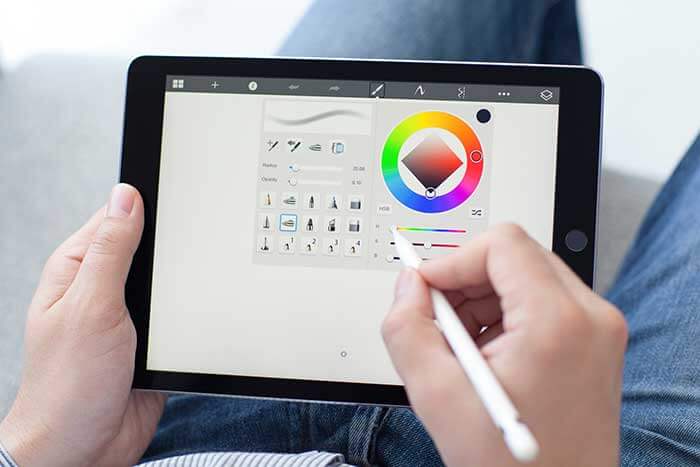 The iPad Pro does not have 3D touch, though iPhone 6S and 6S Plus already have it. So there’s a good chance Apple will add it to the iPad Pro 2, just to give us something to look forward to.

3D touch is a sensor in the touch screen that will cause different things to happen depending how hard you press on the screen. This works differently in different apps–for instance, you might tap lightly to see a photo but harder to open the photo app.

It would be nice if instead of 32GB, 128G was the base model, or at least 64GB. 32GB is not enough for most consumers; maybe it’s aimed at workplaces where employees don’t add a lot of apps or files.

If you’re interested, here’s a writeup on Ars Technica on the beta version of iOS 10.

Somehow I doubt Apple will add an SD card slot, but a girl can dream.