Wacom Intuos 3D comin’ at ya! 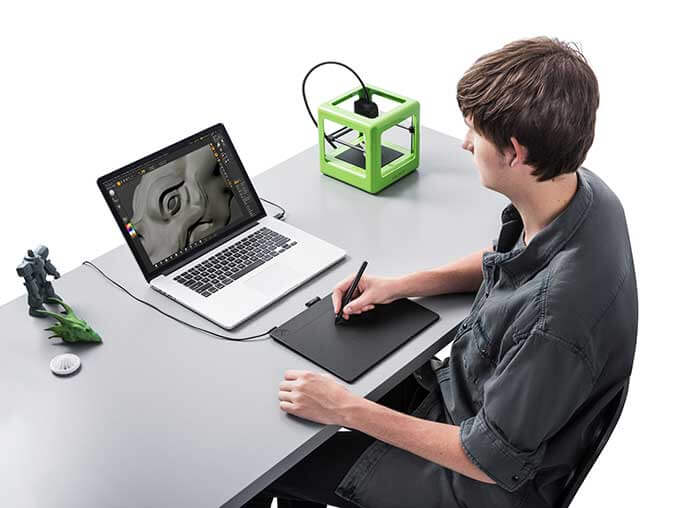 Just when you thought you’d seen everything, Wacom has stepped into the growing world of 3D with the Intuos 3D tablet. This new release will enable the public eager to try 3D art, design, and modelling in an affordable and accessible way.

The tablet will integrate with ZBrushCore program, made from the same foundation that powers ZBrush, popular 3D software used by virtual reality, game and film studios, and illustrators.

But it’s not all arts and entertainment, it’s also for engineers and fabricators. According to Jeff Mandell, Executive VP for Wacom’s Branded Business, “3D Design has been undergoing a transformation driven by trends in 3D engineering, rapid prototyping and on-demand parts production.”

Cintiqs have been the main tablets for 3D sculpting, but with the popular Intuos, anyone can get started. Other 3D software that has expanded Wacom’s foray into the third dimension includes Dassault’s Solidworks and Autodesk’s Mudbox. 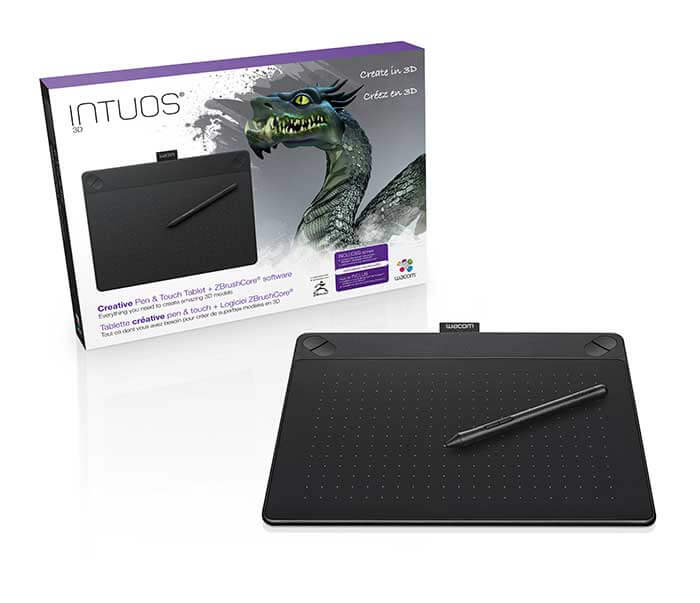 Wacom worked with Shapeways, Pixologic (maker of ZBrush), and Sketchfab to put hardware and software together into one package.

The Intuos 3D will come with ZBrushCore software and “special offers” from Sketchfab and Shapeways.

Once you’ve created your design, you can send it to Shapeways for printing, or publish it on Sketchfab. Sketchfab is a place to explore virtual reality items. History, geography, culture, animals–it’s all there, and you can view it or upload your own.

I’m already a Shapeways fan for the amazing designs people upload, such as jewelry and other items. This new package will make creating for 3D printers a lot more accessible. If you’ve never seen a 3D printer, they basically extrude molten plastic into layers, which build up, forming a shape. The layers and patterns can be programmed to create amazing organic or Spirograph-like forms.

With Shapeways, you don’t need to buy your own 3D printer, those these may become common household items someday. (Lose your cell-phone case? Print one out.)

The Intuos 3D will be for sale in late October 2016. Hopefully there will be enough time to sculpt a Halloween mask.

Summary
Article Name
Wacom Intuos 3D
Description
The Intuos 3D tablet by Wacom provides haptic feedback when working in a 3D art program such as Blender, so that the maker feels like he or she is sculpting with real materials. It also gets files ready for 3D printing or uploading to Shapeways or Sketchfab.
Author
Tablets for Artists
Publisher Name
Tablets for Artists