Update: Dell Active Stylus 750-AAGN used to work on both models (13.3 and 15″) but updates have caused it to stop working. 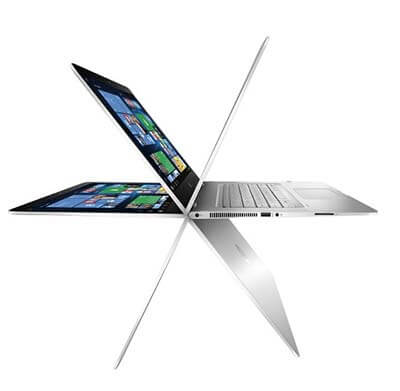 Notice that the screen is squarer than most laptops. The touchpad is about 6″ wide. My phone fit neatly on to of it. Notice the shiny hinges. 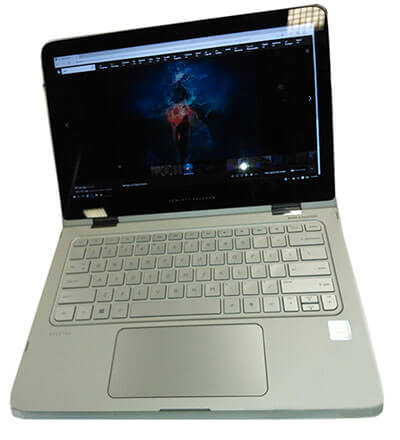 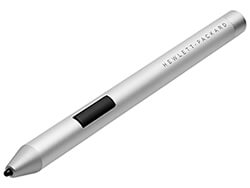 The pen is flat on one side lengthwise, and snaps onto the computer via a magnet that’s across from the button.

Miracast, which lets project wirelessly to a TV or other display

Note: This is not the OLED display you may have heard about. That one is scheduled for the 13.3″ HP Spectre x360, and the OLED screen for that has not yet been released as of this writing.

No Ethernet port or CD/DVD drive.

HP states up to 13 hours for the full HD version and up to 9.5 hours of mixed use for the highest configuration. The 3-cell lithium-ion polymer battery gives this exceptional battery life.
Portability

4.02 pounds is very light for a 15.6″ screen. While it may be difficult to carry it around all day, it’s quite portable. Its slim .63″ profile and compact power brick makes it more portable.
Screen


4K is very high-definition, over four times as many pixels as full HD. It doesn’t look pixelated even from up close. Your content has to be as high-res as the screen to get the effect. It’s not yet common to have this high a resolution on laptops, but it’s getting more so. The colors are good with 72% of the Adobe color gamut sRGB. The display is very sharp, but doesn’t seem super bright. The screen is smooth, but not super glossy.

The Spectre 15’s  screen has a 3:2 aspect ratio, which some may find better for drawing than the video-centric 16:9 that’s on most laptops. 3:2 is a bit squarer. Surface Pros and the Surface Book are also 3:2, as is the Chromebook Pixel, which is not an art tablet. The iPad and iPad Pro are  4:3, more like a sheet of paper, and perhaps more natural-feeling to hold and draw on. (The Spectre x360 13.3″ model has 16:9) 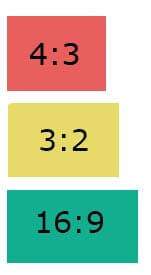 
The Spectre x360 is sleek and comfortable to hold in two hands. Its unibody aluminum chassis gives it durability and dissipates heat. There are generous-sized, aesthetically pleasing vents on the side.

The aluminum chassis was carved with CNC (computer numerical control–see on Wikipedia) machines. Used by the aerospace industry, these machines cut with great precision. These cutting tools give the Spectre an elegant look. The shape tapers, getting thinner as it goes toward the user. At its thickest, the bottom part is thick as a pencil and considerably thinner as it gets toward the trackpad. The thin profile is remarkable for the large screen size. It’s a thin as the 13″ version. The most noticeable thing about the x360 is the thinness.

The 360-degree “flip and fold” design is a LOT like a Lenovo ThinkPad Yoga. Like the Yoga, it’s even poseable into four positions of stand, tent, tablet, and notebook. The keys do not retract the way they do in the Yoga 14 (do they still work)?? You can open the HP to any angle, including flat.

When you fold it to Tablet mode with the keys facing away from the tablet, the keys do not lock in place, but they disable themselves. The keyboard backlight goes off and the keys no longer function. So if you’re drawing in that mode, you’d need an external keyboard  to use shortcuts (anyway, it’s inconvenient to use the keyboard even if they still worked in that position, but easier).

HP has put a lot of engineering muscle into the geared hinge. It makes the tablet stays in its positions. The hinge is encased in stainless steel to keep it clean and functional. It can be a little bit stiff as you push the lid upward.

The backlit keyboard is island-style with chiclet (separated) keys. It has no numerical pad, though it could have had one with all the space.

The key travel is 1.5mm, which is the same as the keys on larger, full-size notebooks, so they are very comfortable to type on–they felt a bit far apart at first but I find that my typing accuracy was better on it than with keys that are closer together and my (small) hands appreciated the big keyboard. The silvery painted characters on the white keys can be a little bit hard to see, unlike the white paint on black letters of laptops such as the ThinkPad Yogas.

Other than the contrast, this keyboard makes typing comfortable and could boost productivity.

The large Synaptics trackpad is about 6″ long, and you might find yourself hitting it by accident. It’s very responsive, and can even be adjusted via its own driver settings. It supports multitouch gestures, so you can use it to pan and zoom. The part you click on is only on the bottom half.

Takes one AAAA battery, which is included. For a replacement, you may need to go to an electronics store to find these, or buy them online. The end of the pen unscrews to put the battery in. The pen is round but has a flat part that goes the length of the pen, to keep it from rolling away. It snaps magnetically to the laptop’s frame or cover.

TIP: If you have trouble getting the HP Active Pen to work,download the touchscreen firmware from Spectre x360 15 product page. (LINK)

Dell Active Stylus (750-AAGN), takes one AAAA battery. Lighter than the HP Active Pen and works better on the x360, tested on the 13.3″ version so far.

Drawing on the HP Spectre x360

The metallic pen feels solid and similar to the Surface Pen. It could feel heavy after holding for long periods. The black that bounces up and down, sinking when you draw with it, which gives it less of a “hard” feel on the screen. To get any mark on the screen, you have to press even a little harder than with N-trig (Surface Pro). As with the Surface Pros, if you very gently run the pen over the screen, you will not get a mark. Scribbling on the screen with the pen brought on an annoying, though not very loud, squeaking sound. You can get a light mark with some practice.

I found the pen to be pretty bad for drawing. You have to press down quite hard ( a high initial activation force). There are no parallax issues, but still, handwriting isn’t that accurate unless you make an effort. There’s not any more jitter than on an N-trig device.

Drawing, it felt like I was battling the pen to get the line I wanted, and got some skipped lines. he palm rejection faltered once in a while when I was bringing my hand down quickly and I got some weird lines. It’s definitely not as good as the Surface Pro 4, and a bit worse than the Surface Pro 3, which also has 256 pressure levels.

Here’s an example of a skipped line, (top) in drawing an oval.

UPDATE 6/16: Updates by HP have caused the Dell pen to stop working. I have tested the Dell Active Stylus (the Synaptics one, 750-AAGN, see on Amazon) on the Spectre x360 13.3″ and the Spectre x360 15.6″ and it works MUCH better than the HP Active Pen. It requires a little more force than Wacom EMR to make a mark, but much less force than the HP Active Pen, and there’s a little jitter when drawing slowly. It flows great, pressure sensitivity works well, and there’s little parallax. It flows as well as Wacom but with slightly less accuracy.

Handwriting was okay, but the letters seemed flattened down. Drawing worked better than handwriting, as differences in one’s own handwriting are more noticeable. Using the Dell on this is not the equal of Wacom EMR or ES, but I think exceeds the Surface line with N-trig pens in terms of drawing–this of course is a subjective opinion.

Most HP Spectre x360 15 reviews are very positive about the computer, praising its design, build quality, and value, though most don’t go into the drawing part that much. One exception was Mobile Tech Review, and I’ve included their video drawing demo below.

One criticism I’ve heard mentioned (though it was for a refurbished model) was about cracking. The computer is well-built but very thin. I don’t know what caused the cracking, but this very pretty laptop should be handled with care.

Trackpad big enough to get in the way of typing
HP Active Pen not that great
Synaptics less accurate than other digitizers
No discrete graphics available
Cannot upgrade memory yourself
Thin, not flimsy, but should be protected

I can’t give this HP Spectre x360 review a negative verdict because it’s a very good computer,. You can use Photoshop and any art software, and it’s great that even the starter configuration has 8GB RAM. It’s a pleasure to type on, and a nondetachable keyboard means you won’t have any connector glitches, though it also means you can’t have a separate tablet.

But as an art tablet, the Synaptics digitizer doesn’t measure up to Wacom. It’s maybe a bit smoother than N-trig for drawing, but harder to get handwriting that really looks like your own. Synaptics is okay for note-taking, drawing, or drafting. But if you want to exact, delicate, freehand drawing, it’s not a top choice. I do think your hand would adjust and I would consider this a good contender for a drawing tablet, less so for note-taking.