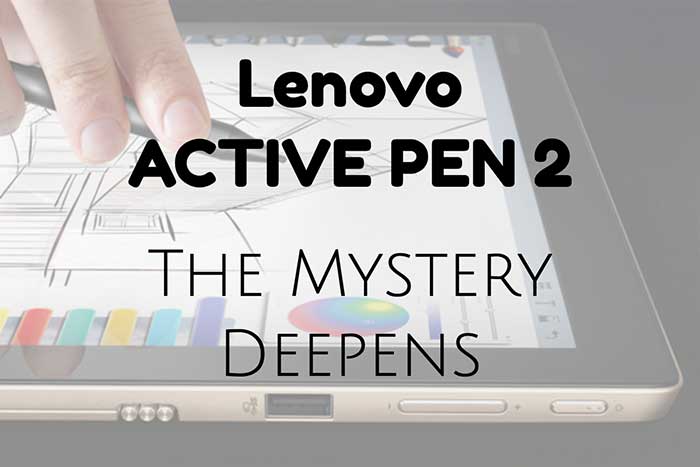 Lenovo Active Pen 2, where art thou?

UPDATE: The Active Pen 2 is now for sale.

Many of us have been waiting anxiously for the Lenovo Active Pen 2 with 4,096 levels of pressure sensitivity to hit the shelves. Shown first at CES along with the Miix 720, the pen was scheduled for Feb. 2017. To this day it remains unseen on U.S. shores. But is it hiding in plain sight? 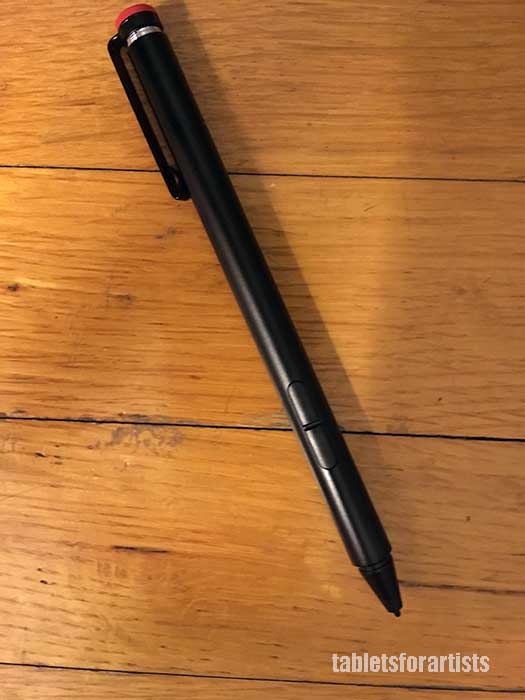 At a brick and mortar store, I asked about the Active Pen 2, and their system only had the Active Pen, the old one (version 1), same part number.

(photo coming, WordPress uploading not working at the moment!)

But it was marked “new release,” in the store’s online catalogue. This store, which I trust, says that means the item has come out within the past month.  Lenovo’s online info about THIS pen now states that it will get 4096 levels on some systems. I purchased the pen with the intention of using it on the Miix 720, but I doubt I will be able to discern the difference between 2048 and 4096 levels.

(I will have to try it on other AES systems too. They’re not always cross-compatible, even if they seem like they should be. Lenovo is only mentioning the Miixes and 900s as working with this pen, not their myriad other AES tablet PCs.)

When I asked Lenovo reps, I was told that they have no idea about any of this, and they’ll get back to me. (It’s not their fault at all–Lenovo is rarely forthcoming with such info).

There are some internal Wacom photos of the Active Pen 2 here. It looks pretty much the same as the 1, though the clip may be slightly different, but that doesn’t mean much. The barrel may be a little shorter too (hard to say) but this could be a prototype.

I don’t see definite differences in the photos on the non-US Web sites, as the pen pics are not that close up.

Perhaps there will be two pens in the US, but they will look different but do the same thing, getting the full 4096 levels. Or perhaps those other countries are getting something different-looking or different in some other way, but the one in the US will be like this new release one and do what the 2 does. That would be fine. As with people, its what’s inside that counts.

What’s annoying is the announcement about a Pen 2, then not having any info about it.

Another possibility is that there is wrong info on the Lenovo site or that the “new release” info on the B&H site is wrong and this pen does not really get 4096. It is very difficult to confirm just by testing, as added levels, especially just one jump, are somewhat of a placebo effect.

If the new release Active Pen 1 gets the 4,096 levels on the tablets capable of doing that, it would indicate the pen has had an update. The box says 2048 levels, so it’s backward-compatible that way. Either way, either pen will work on the Miix series and the Yoga 900s.

It certainly is a mystery, but one likely to be resolved in coming weeks. Watch this space.

Got a capacitive (non-pressure sensitive) tablet? Read our post on finding an iPad or Android stylus for drawing.