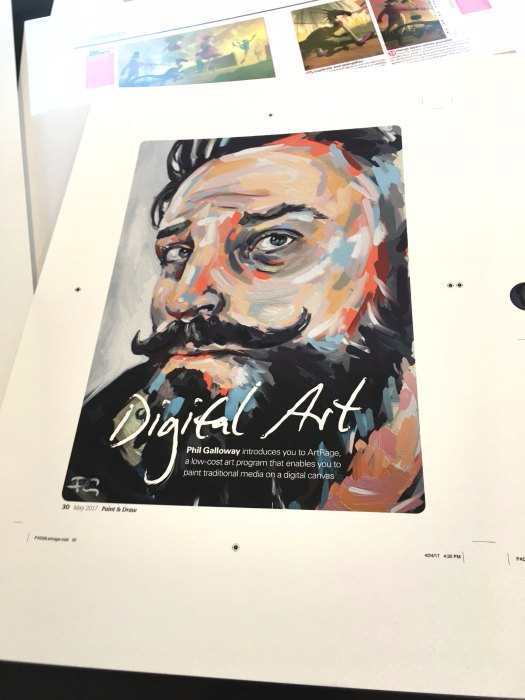 MDAC, Mobile Digital Art & Creativity, an annual conference for digital artists who work on mobile, had its 2017 summit this month Mountain View, California, deep in the heart of Silicon Valley.

There was so much going on it was hard to take it all in–from a fascinating landscape class to a talk about drawing people from life while riding the train, to a fun, in-depth figure drawing on iPad, to animation and multimedia workshop, to learning apps such as Steller, to character design to printing. There was also a projected video art show celebrating the cultural diversity of Silicon Valley.

It was the 5th such conference. I went, had a great time, and learned a ton–there were so many programs and speakers that the two days went by faster than it takes to open an app.

The event kicked off with an art opening at the Pacific Art League of Palo Alto. Artworks were fine art paintings and photos.

These artists have made the most of this emerging medium. There were abstract, figurative, collage, landscape, you name it, under the categories of Painting, Photo, and Photo Art. Check out the winners on the MDAC site, mdac.org. 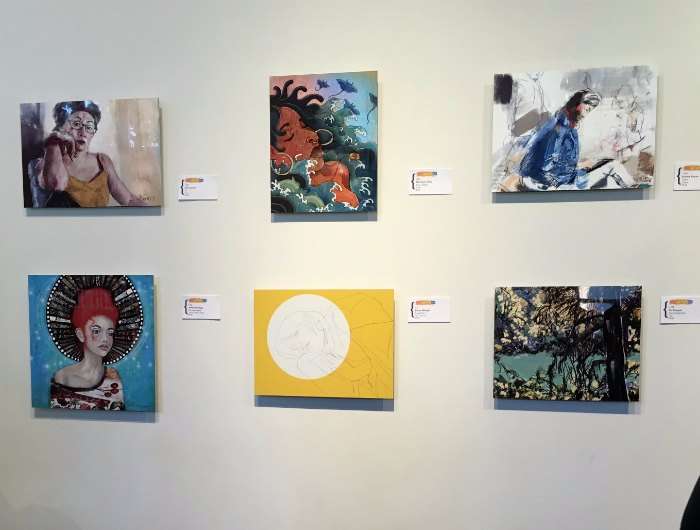 All the art was created on iPads and Android or Surface tablets, or smartphones.

MIcrosoft was there with its Hololens, giving a demonstration. There were also developers from Procreate, ArtRage, Paper 53, and iOrnament, and an ArtRage artist doing live painting.

You can also check out mobile art classes given by MDAC people at mobiart.how.

The art exhibit was followed by two action-packed days in Mountain View of conferences, talks, and classes.

Keynote speaker Daniel Leighton, an artist/filmmaker/programmer who was born with Crohn’s disease. He showed how his expressive paintings got another level of meaning when combined with Augmented Reality.

Keynote speaker Dan Ayoub from Microsoft talked about creatives can empower themselves with AI and Mixed Reality. Microsoft is including free software with the new Creator Update that will even allow kids to incorporate 3D into home movies using the Story Remix app.

There were live workshops in painting landscape, figure, and portraits. It seemed like most participants used iPad Pros.

One takeaway for me was how much apps are taking the place of what once were complex operations, such as animation. Whereas making a simple GIF was always pretty easy, making timelines and multiple layers was not. Easily mixing 3D into video is a really big step as well–it’s so simple that kids can do it. While most digital art is used for illustration and concept art, its use in fine art can be a revelation.